Omar Mouneimne is one of the most sought-after defence coaches in modern day rugby. He has gained unprecedented experience around the world from Super Rugby with the Sharks to his current coaching role in the Premiership with Bristol Bears. His career has also seen him coach at International level with Italy which saw him headhunted for roles at Edinburgh Rugby and Stade Francis. He has achieved many milestones and will share secrets he’s learnt, having reached Super Rugby semis finals and finals, won the Challenge Cup, Vodacom Cup, been a Currie Cup semi-finalist and more.

Omar has also behind numerous notorious top Defences - notably the Sharks in Super Rugby conceding the least points against - as well building the impenetrable Stormers Defence with Jacque Nienaber.

Omar will Share his experiences under world renowned coaches such as World Cup winning coach Rassie Erasmus whom he worked with for 3 years as well as the legendary Nick Mallet who swears by his methodology.

He has coached in every top league in World rugby and now is ready to share this invaluable knowledge and experience with you.

South African Omar Mouneimne has been a pioneering Defence Coach since 2006.

The former mixed martial arts fighter has a wealth of experience coaching at the top level.

Mouneimne began his coaching career in 2006 with South Africa's Sevens team in the World Series before moving to Super Rugby side the Stormers in 2008, helping them reach the 2010 Super Rugby final.

He also worked with Western Province as they reached the semi-finals of the Currie Cup in 2009 and the final in 2010, while the Under 21s and Under 19s both won their competitions.

In 2010, Mouneimne moved into international rugby as Defence Coach of Italy where the Azzurri beat defending champions France in 2011 for the first time ever in the Six Nations.

A spell at Southern Kings followed before Mouneimne moved to Edinburgh Rugby, where he was part of a team that reached the European Challenge Cup final in 2015 before a stint at Lyon in the Top 14.

He previously worked with former Warriors Director of Rugby Gary Gold at Durban-based Sharks, helping them reach the Super Rugby quarter-finals in the 2015 season.

During his time at Sharks, they boasted the fewest points conceded and the second-fewest tries conceded out of all 18 teams in the Super Rugby competition that year, despite being drawn in what was considered as the toughest Conference as it included five teams from New Zealand.

Mouneimne, who signed a new two-year deal with Warriors in March 2018, also worked as a coach at Pumas in South Africa and also at Stade Francais in France.

"Omar is a world-class coach. He's absolutely superb in his specialised field of defence, collisions and the breakdown, and is certainly the best I have ever worked with. He's been my right-hand man and done a fantastic job during what was an extremely challenging Super Rugby season, just as he did in last season's unbeaten Currie Cup run."

“Omar is an outstanding coach, who I would not hesitate to recommend to any coach or team. He is passionate, intense, exceptionally hard working and very knowledgeable about the game and will be an asset to any league or team that he is involved in.”

“It is my opinion that Omar is on par with all international coaches I have worked with, and against, where he would prove to be a valuable asset to any team and league he operates in.” 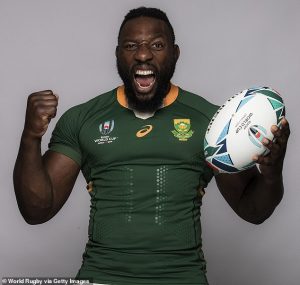 "We've been put through our paces by Omar, the defensive coach. I think he's been probably one of the biggest differences this season to me and the rest of the boys. I think I just took that same energy from the Sharks to the Springboks.”

“Having played against Edinburgh for Newcastle in a friendly last Friday, I can tell you first hand that their work at the defensive breakdown is impressive.  Coach Omar Mouneimne has enthused the Edinburgh players and given them free-reign to cause disruption at the breakdown with swinging legs, counter rucking and jackling all in evidence last week, and indeed against Leicester the week previously.”

"Edinburgh have gone 225 minutes without conceding a try which wing Dougie Fife believes is a result of the systems their former defence coach South African, Omar Mouneimne, put in place.
Omar was a big loss, but I'm sure he is still looking at how we are doing to see how we are putting into effect what he taught us. Losing a defence coach is hard but it has almost brought us closer together.
The boys are putting in extras and defence does win you games. We are seeing big hits and turnovers regularly now."

"His massive knowledge, work ethic and unique skill set really sets Omar apart from most other coaches I have seen or have worked with."